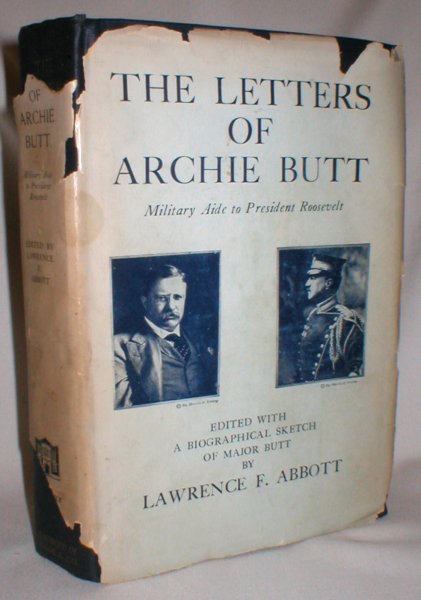 The Letters of Archie Butt, Personal Aide to President Roosevelt

Original dark blue cloth on boards. DJ spine and front cover only. Previous owner's name with no other writing or damage. Butt achieved the rank of Captain in the Spanish-American War. Returning to America in 1904 he became Depot Quartermaster at Washington, and in 1906, Depot Quartermaster at Havana. Two years later he became senior aide to the President. Major Butt died in the wreck of the Titanic on April 14, 1912. 395 pp. Heavy book might need extra postage.

Illustrator: Frontispiece and Other Photos

The Letters of Archie Butt, Personal Aide to President Roosevelt