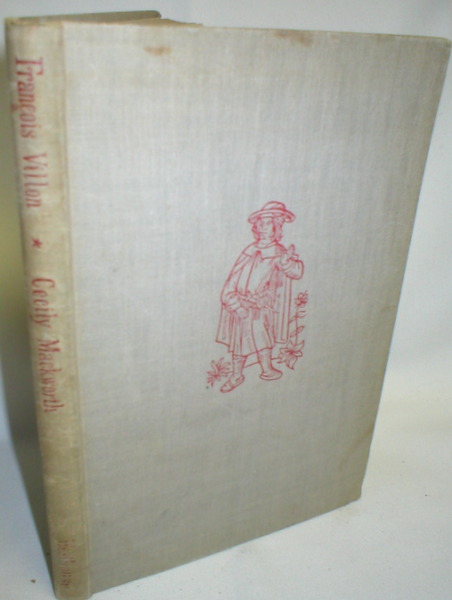 Original grey cloth on boards. Francois Villon was born about 1431, probably in Paris. A few years after receiving his master's degree Villon was involved in an altercation in whihc his opponent died. Villon was banished, and for the rest of his life seemed to be drawn to stealing as a way of life. His best writing was The Testament. This volume bears the bookplate of Liddell Hart, a veteran of WWI who became suspected of leaking Normandy invasion plans after several years as a military correspondent. The name of Hart's son, Adrian Liddell Hart, is written at the top of the first free endpaper, as though the book had been passed on to him. No other writing. The endpapers have a f aint trace of foxing. 139 pp.