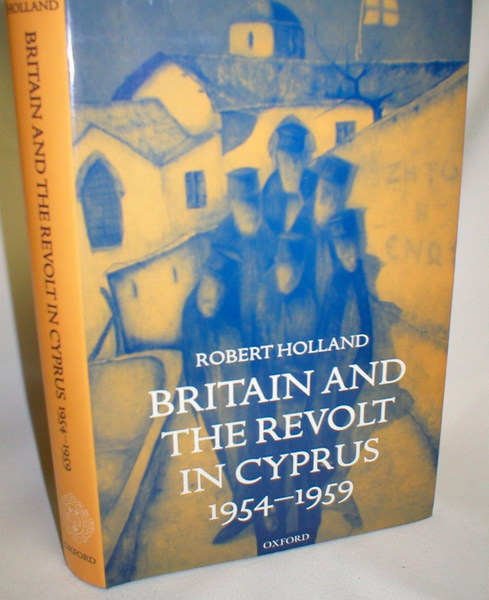 Original black cloth on boards. A brief but important "window" on the situation in Cyprus by a Brit, who by his nationality represents no more than 1/4 of the total picture. The Orthodox Church, Cypriots of Greek or Turkish sympathies, and other less prominent bodies also play a role. The United Nations has resorted to a "Green Line" between the Turkish North and Greek South. Over all is the theme of Enosis, or union with Greece, believed by some to have been promised by the British overlords sometime after 1878. 347 exciting pages ! Book is lightly cocked.