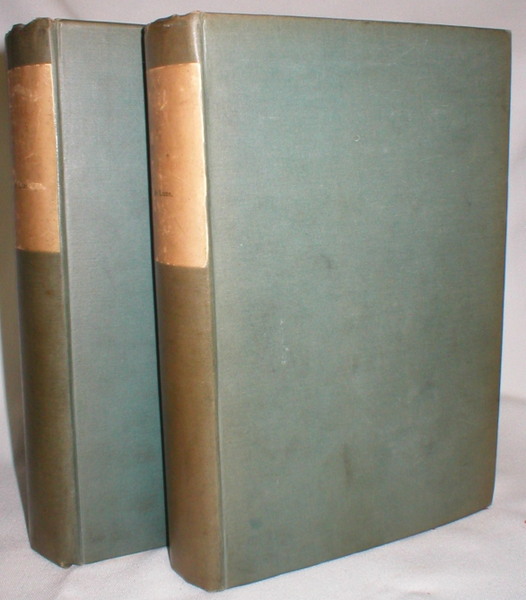 Green cloth on boards, with paper spine labels. Limited edition. One of the sought-after military novels of this author. First written in 1844, it is the story of an Irishman who seeks glory serving under the colours of France. On graduating from a military academy, he enters the ranks of the 8th Hussars. By accident he becomes involved in political intrigue, which with further military action occupies the balance of his active life. He resigns briefly, then returns to the fray long enough to see Napoleon exiled. Offered a general's rank, he refuses to fight for the Bourbons and retires. 498 and 493 pp. respectively, in the two volumes. Heavy books will need extra postage. No writing, and only normal hand soil to these volumes from a medical doctor's library. Others listed separately.