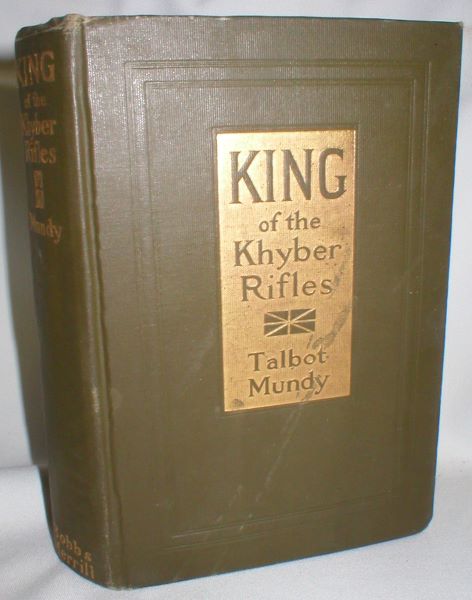 King of the Khyber Rifles

Original olive green cloth with gilt decoration on boards. Front hinge starting. Frontispiece and six unusual double-page black and white illustrations by Coll, who Mundy greatly admired. The author's first name is mispelled "Talbott" on the title page. This was one of his most popular books. "King" is a Captain in the British India Secret Service who is attempting to prevent an anti-British rebellion in the North-West Frontier. The story was serialized in a magazine before Bobbs-Merrill published it in November of 1916. 395 pp.

Title: King of the Khyber Rifles

King of the Khyber Rifles