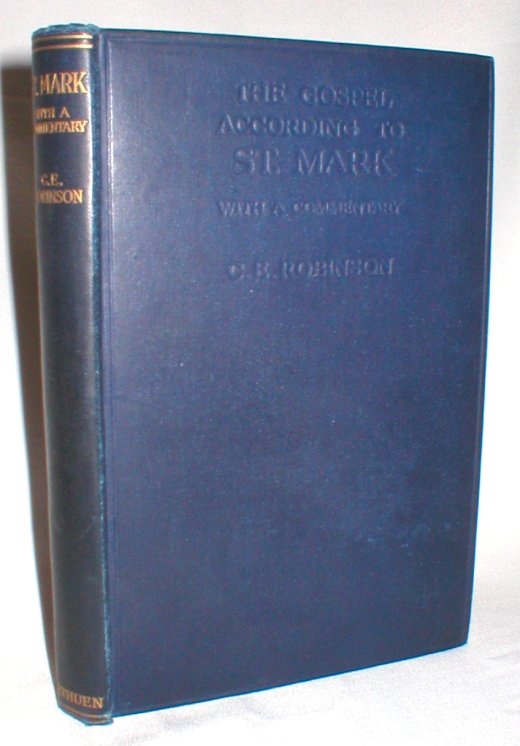 The Gospel According to St. Mark;with a Commentary; with Three Plans

Original dark blue blind-stamped cloth on boards, no DJ. Gilt spine lettering. Very good overall, with only P.O.N. to list as a fault. Untrimmed edges. CYRIL EDWARD ROBINSON (1884- 1981), was born at Bury St. Edmunds in England, the son of a local clergyman. He attended Marlborough and Magdalen, achieving distinction at both institutions. He joined the staff of Winchester College in 1909, where he remained until his retirement in 1945. Robinson was an inspired and gifted teacher who taught classics using the Socratic method. He is credited with histories of England, Greece, and Rome as well as at least one book on Political Economy(New Fallacies of Midas). 216 pp. with index.

Title: The Gospel According to St. Mark;with a Commentary; with Three Plans

The Gospel According to St. Mark;with a Commentary; with Three Plans