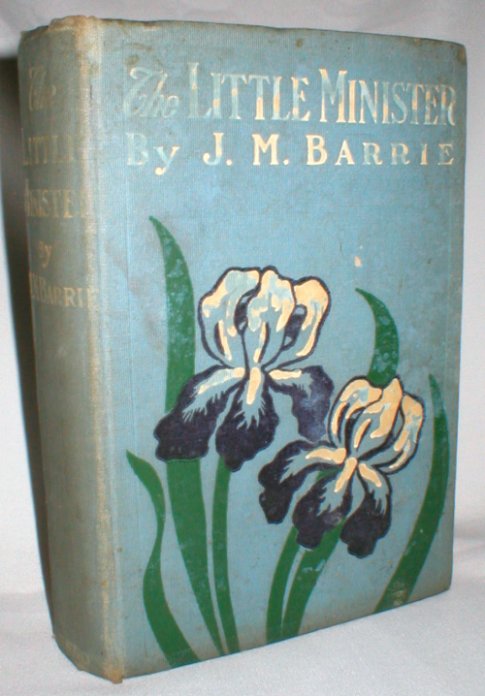 Original blue cloth with two large irises on boards. No DJ. The play was first mounted in Washington, D.C., on 13 Sept., 1897, at the newly-built Lafayette Square Opera House. Two weeks later it opened on Broadway at either the Olympia Theatre Lyric or the Empire (Our sources conflict). We have identified the lead characters as Maude Adams, who played the Gypsy girl, Babbie Watt, and Robert Edeson, who played the Little Minister, Gavin Dishart, from the eight photos in the book. Several others are shown of the total cast of 16. The Washington opening was on a very hot night. Since the photos show no evidence of discomfort, they must have been taken at a rehearsal, or perhaps at the Broadway site some time after the Washington performance. Filmed in 1921 and again in 1934, it is an enduring story of "impossible" romance, dear to the hearts of millions. Cover soiled. Front hinge repaired with paper. 375 pp.

Illustrator: Photos from the Play