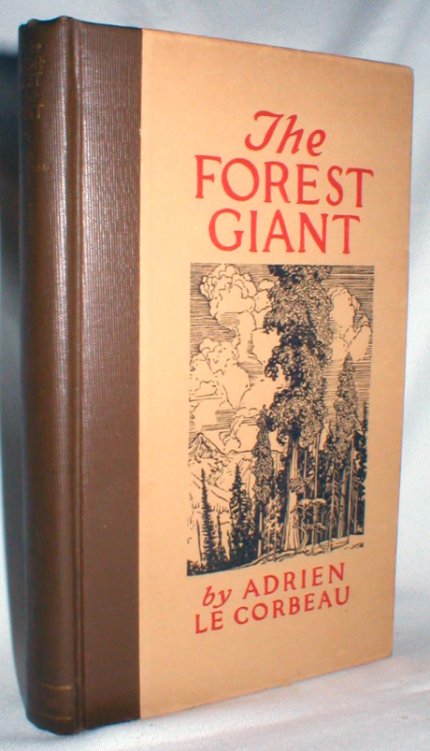 The Forest Giant; The Romance of a Tree

Original brown quarter-cloth on beige pictorial boards with red lettering. Highly-embellished translation by T.E. Lawrence ( as L.H. Ross) of what was said to be a rather pedestrian French original. Lawrence had been booted out of the RAF, and had re-enlisted in the Tank Corps. With little to occupy his superior mind, he solicited Publisher Jonathan Cape for assignments in translation. While completing final arrangements to give Lawrence Mardrus' Arabian Nights for translation, Cape give him Le Gigantesque by Le Corbeau, the life story of a Sequoia tree, with determinism as the underlying theme. Completed in about three months, it proved to be the only translation from French that he completed. By December he was involved with The Seven Pillars of Wisdom, which occupied him for three years. Red top edges. 139 pp. No marks or damage. It looks as though it just slipped out of, and lost, its jacket!

Title: The Forest Giant; The Romance of a Tree

The Forest Giant; The Romance of a Tree