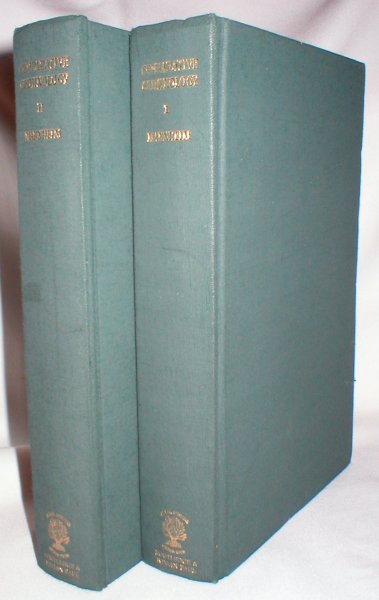 Original dark green cloth with gilt lettering on spine. Volume 1 has a small dent in the back cover, and a tiny catch in the fabric at right front edge. Volume 1 has neat underlining in Chapters 1-2, 12, 15-18. Volume 2 has a small dent in the front cover. Approximately 20 pages in centre of Vol. 2 have turned down bottom corners or slightly frayed edge due to careless handling. Hermann Mannheim was born in Berlin and educated at four different German universities. During World War I, he served in the German artillery in Russia and France. From 1923 to 1933, he was a lecturer and professor in the Faculty of Law at Berlin University, while sitting as a judge in criminal courts and the court of appeal (Kammergericht) in Berlin. Mannheim gave up his professorship when the Nazis came to power and moved to London in 1934. In 1935 he joined the London School of Economics (LSE) as a lecturer in criminology. He became a reader in criminology in 1946 and retired in 1955. In 1965 he became a honorary fellow at the LSE. The school honoured his memory in 1990 when they established the Mannheim Centre for the Study of Criminology and Criminal Justice. 793 pages total, including index, plus 15 pages of advertising at the back of each volume.