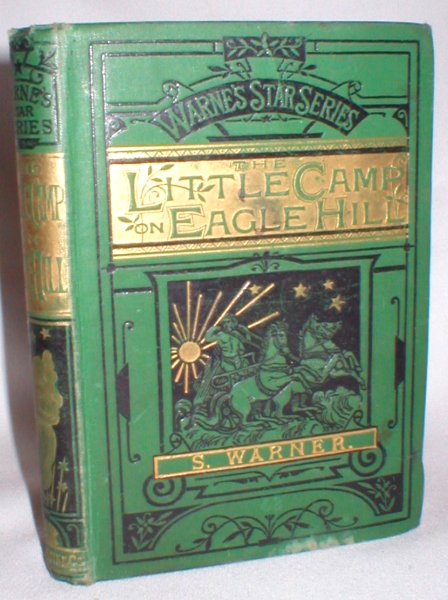 Original highly decorated green cloth on boards. Front endpaper missing. The author (1819-1895) was widely-known for her first novel,The Wide Wide World, which she wrote under the pseudonym of Elizabeth Wetherell in 1850. A little less successful was her Queechy two years later. It is interesting to note that her lawyer father had lost his business in the Panic of 1837, thus pressuring his elder daughter to help support the remaining family ( His wife, Anna Bartlett, had died while Susan was still young). Notwithstanding the success of her first novel and the only slightly less successful Queechy, Susan turned out two dozen more novels and several religious studies before her death. She is perhaps the best-known American female author of the antebellum period, although some would give that place to Harriet Beecher Stowe. As with other Warner books, this one has a definite religious foundation. The first chapter is spent by the five adults around the living room fire discussing whether or not the children really understand the Lord's Prayer even though they repeat it every night. Previous owner's name and some tiny, childish pencil drawings. Apparently scarce. 205 pp.