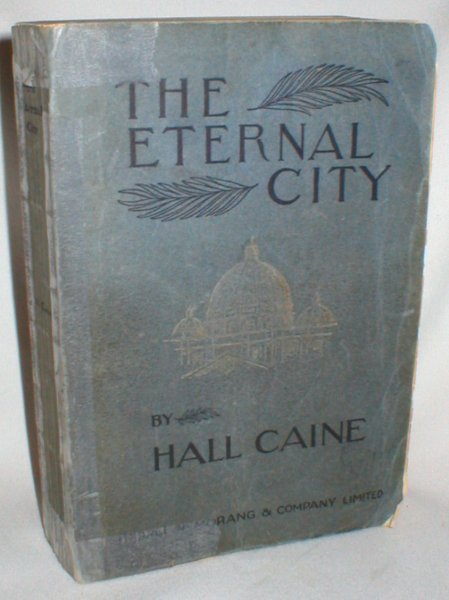 Original blue trade paperback. Quite scarce in softcover (Only two additional copies found). Modern clear tape length of both joints and head and foot of spine. No writing. Caine's most popular book, it was criticized by officials of the Vatican upon its release by Heinemann earlier this same year. Based on a love triangle in which one man kills another following the rape of their mutual friend. This and several others of Caine's novels were popular film fare. 638 pp.