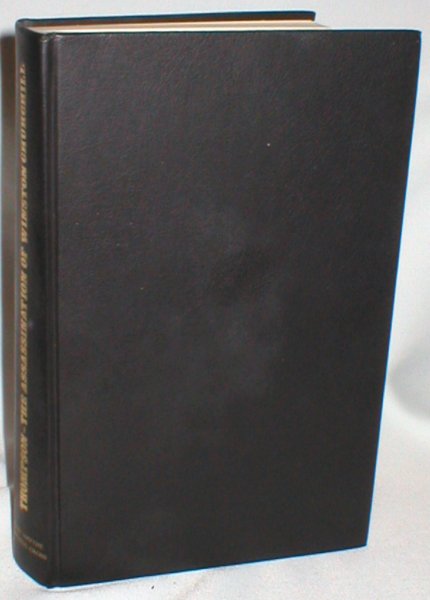 Original black cloth on boards. The only writing in this book is that of the author, Carlos Thompson, whose written remarks, including a genial inscription, cover more than half of the dedication page. It appears that Thompson has sent this book, as well as a German edition, to a local woman. He has also laid in a photocopy, which is inscribed to the same woman, and signed, "C Th." The latter is a review by Robert Blake which appeared 11 May, 1969, in the Sunday Times. Basis of the book is the desire by the author to clear the reputation of Winston Churchill after it was suggested by others that Churchill was involved in the death of the Polish general, Sikorski, in July of 1943. Prominent in the story are the author, German playwright Rolf Hochhuth, Lawrence Olivier, and author David Irving, to whose previous book (Accident, the Death of General Sikorski) Thompson's book is a rebuttal. I waded through this volume once, started it again, and gave up. I am left with the impression that Thompson did a truly remarkable job of quashing the allegations of murder. Carlos Thompson, born in Argentina as Juan Carlos Mundin Schaffter in 1923 became a film star in Germany and Hollywood, where he played opposite some of the best-known actresses of the 50's. He committed suicide in 1990, four years after the death of his wife of many years, actress Lilli Palmer. 461 pp., including seven appendices.