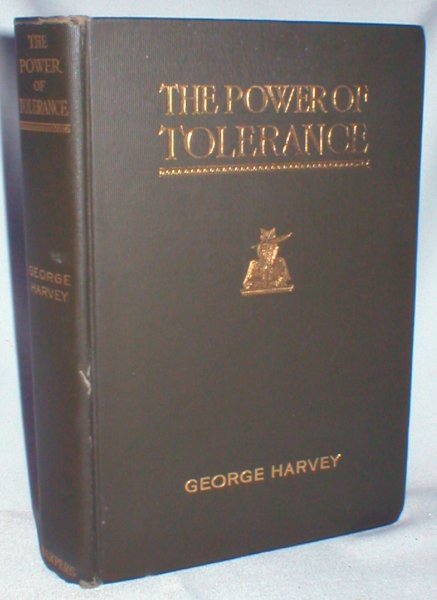 The Power of Tolerance; And Other Speeches

Original olive cloth on boards. Harvey began his career as a news reporter. After serving as an aid to New Jersey's governor, he became managing editor of the New York World. He invested in electric railways, and then returned to publishing. He is credited with recommending Woodrow Wilson as President, but then fell out with him. At the 1920 Republican Convention he supported Senator Harding, who appointed Harvey as ambassador to England after his election as President. Pencilled name in front. Rear hinge cracked. 326 pp.
View More...