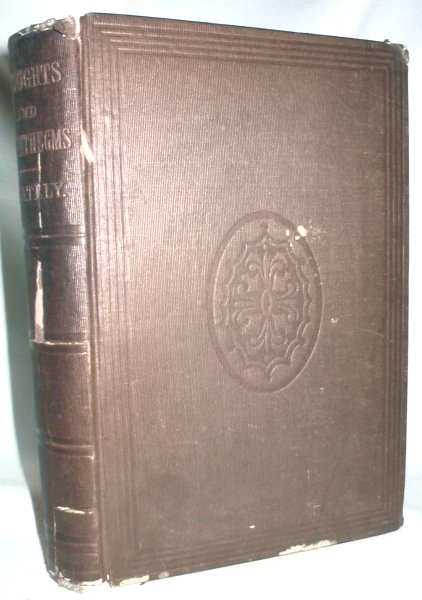 Thoughts and Apophthegms from the Writings of Archbishop Whately

Original brown cloth with blindstamped decoration on front and back covers and giltstamped lettering on spine. Corner and edgewear. Spine has been repaired to mend several tears. Some foxing. Previous owner's names on front free endpaper. This book was one of four published by Lindsay & Blakiston of Archbishop Whately's Works. Whately is credited with raising the study of logic to a whole new level after releasing his treatise on it in 1826. An online dictionary defines "apophthegm" as a "short, pithy, and instructive saying or formulation." There are nearly 300 pages of...
View More...