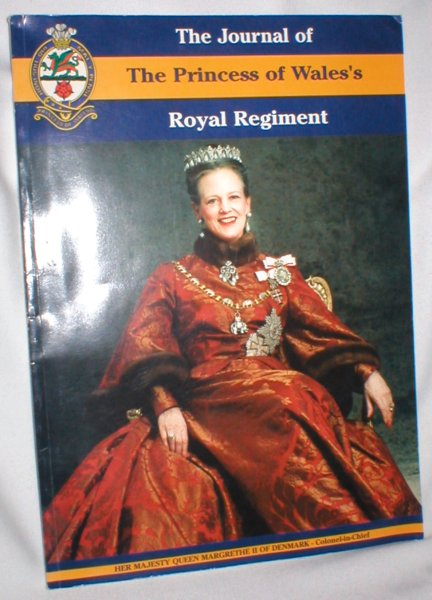 The Journal of the Princess of Wales's Royal Regiment No. 12 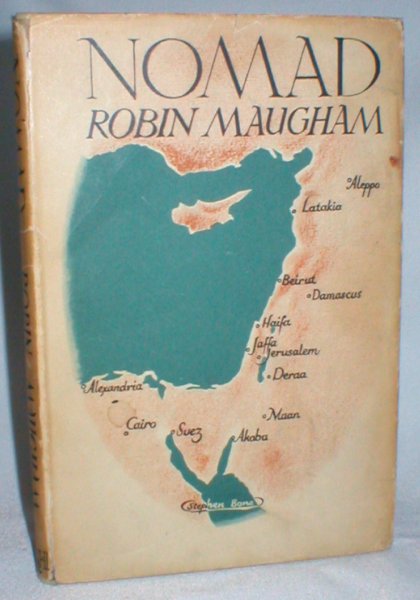 Original beige cloth on boards. DJ lightly worn along head. Previous owner's name, with no additional marks or damage. A nephew of Somerset Maugham, Robin wrote this, his second book, from his war experience with tank troops in North Africa, during which he was wounded. He was praised for his bravery in saving the lives of several fellow soldiers. 243 pp. View more info 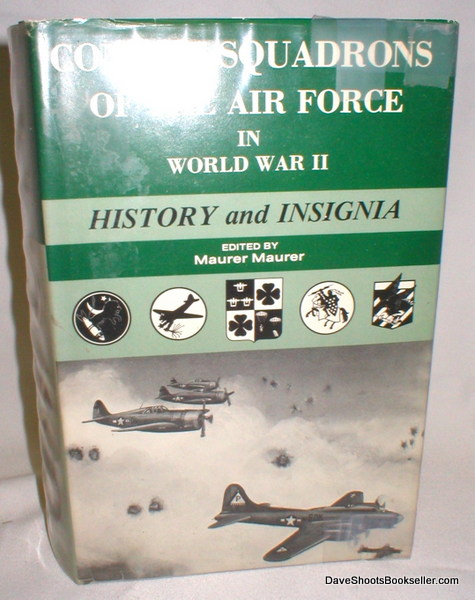 Combat Squadrons of the Air Force in World War II; History and Insignia 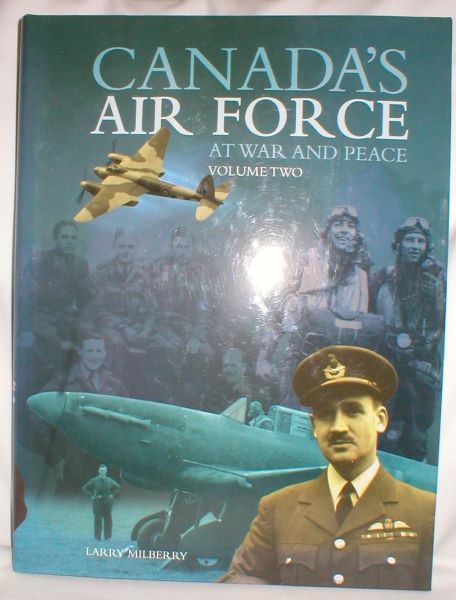 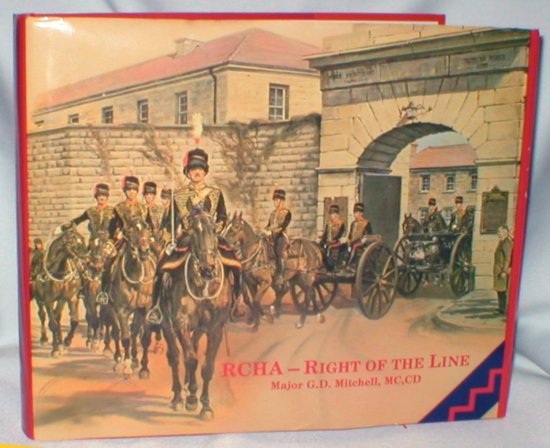 RCHA - Right of the Line; An Anecdotal History of the Royal Canadian Horse Artillery from 1871

Original red paper boards. No writing or damage. Interesting record of the organization of the NWMP by a few soldiers of the RCHA. Extensive text and dozens of photos. 303 pp. including Index of Names and General Index. Heavy book will need extra postage. View more info 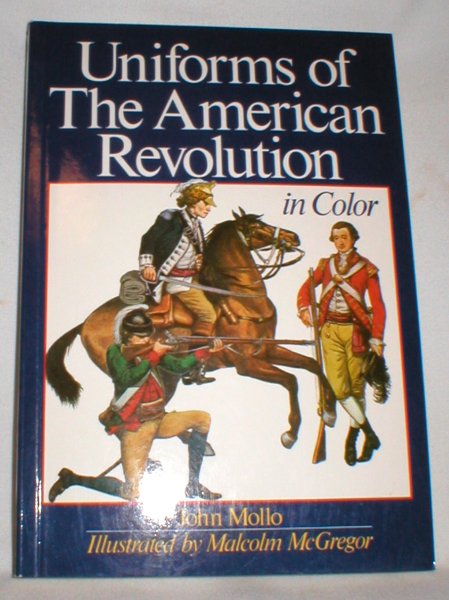 Uniforms of the American Revolution; In Color 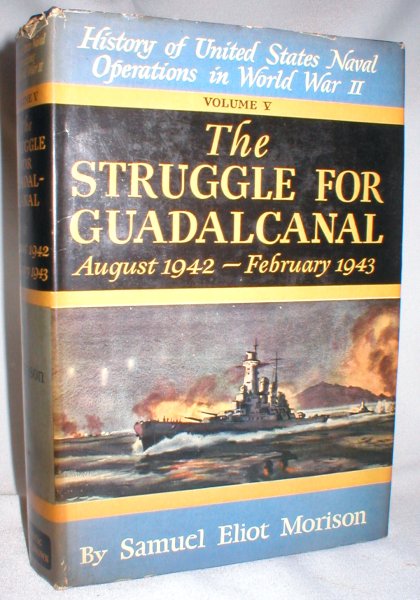 Original dark blue cloth on boards. Volume V of the History of United States Naval Operations in World War II. Price-clipped DJ with no other damage and no writing. Admiral William F. Halsey is pictured in the frontispiece. Morison, a renowned Harvard historian, was commissioned by President Roosevelt to write the series, in the process of which he entered active service and served on eleven different ships. King Solomon's Isles, The Battle of Savo Island, Three Weeks on Guadalcanal, The Battle of the Eastern Solomons, Attrition Tactics, The September Crisis, Fighting Along the Matanikau... View more info 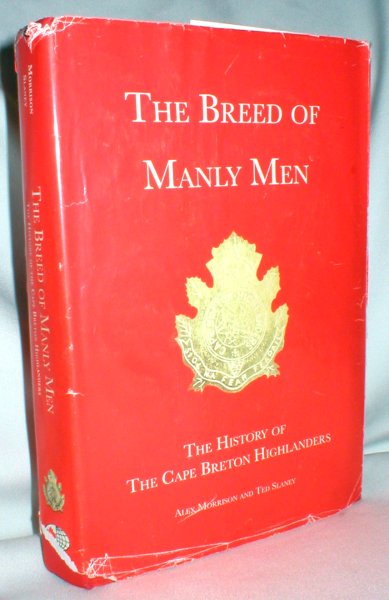 The Breed of Manly Men; The History of the Cape Breton Highlanders 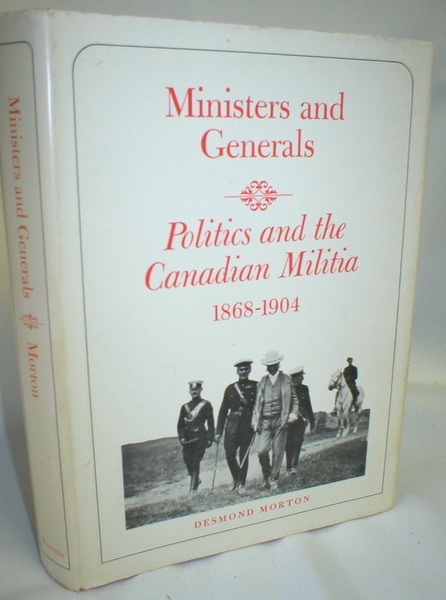 Ministers and Generals; Politics and the Canaduan Militia, 1868-1904 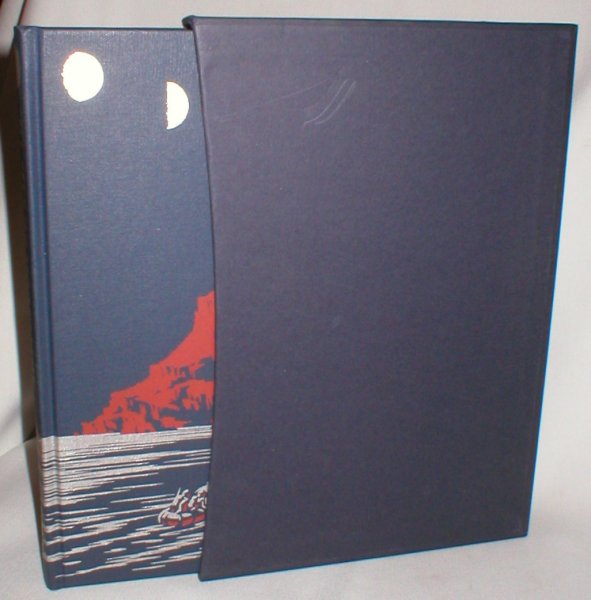 Original black cloth decorated in red and silver on boards. Previous owner's brief note. No damage. In 1944, the Germans controlled the Greek Island of Crete. A small group of British commandos hatched a plan to kidnap the German general in charge. When he was transferred, they settled for his successor, General Kreipe, whom they transported to Cairo, where he was turned over to the British forces. One internet reference suggests that members of Kreipe's detachment were glad to see him go ! 214 pp. View more info 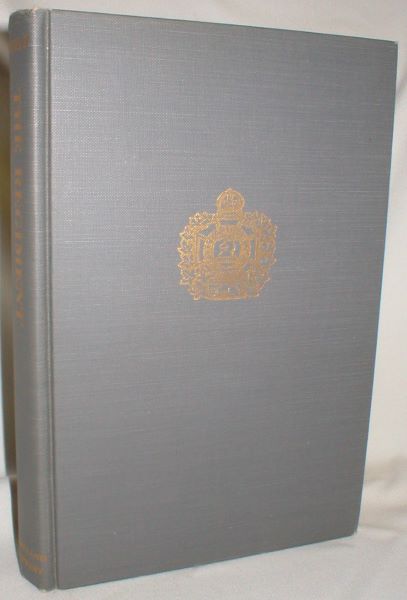 Grey cloth on boards. No writing except notes on last free endpaper. Farley Mowat grew up with the Hastings and Prince Edward Regiment, named for adjoining counties in Ontario. His father, Angus Mowat, had been a librarian in Trenton and Belleville and had served in both World Wars as well as the Regiment. It was September 2, 1939, when the word came down: "Lt.- Col. S. Young - KM2 -Mobilize."- P. 2. If this book appeals you will want to read And No Birds Sang (1980) as well as My Father's Son (1992), which explore Farley's military career with special emphasis upon his relationship w... View more info 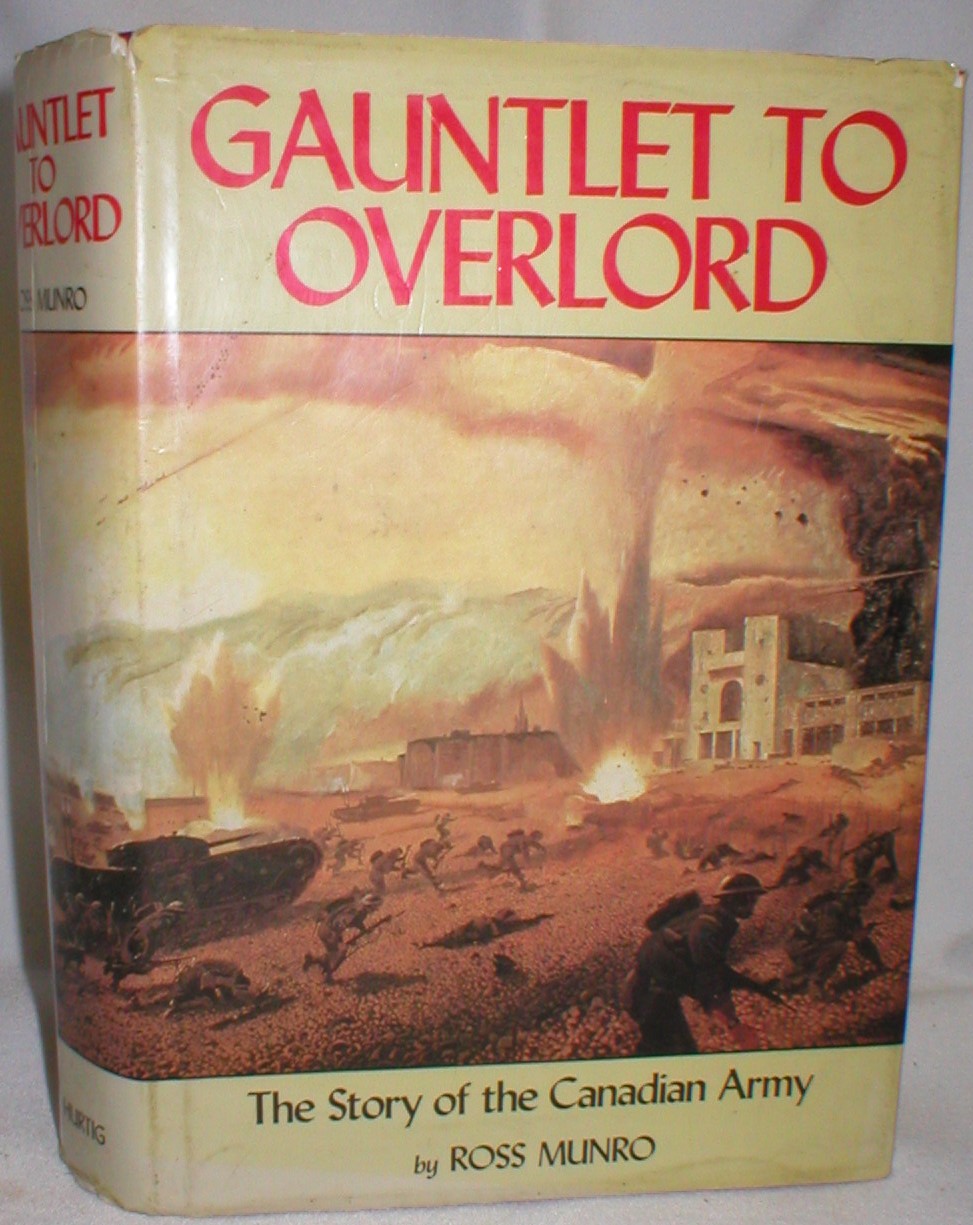 Gauntlet to Overlord; The Story of the Canadian Army

Library stamps and card pocket (removed) , but clean and odour-free. 313 pp. Chaplain Murdoch was attached to the North Shore Regiment. Due to PTSD, or Shell Shock, he spent the last half of his life in solitude. View more info 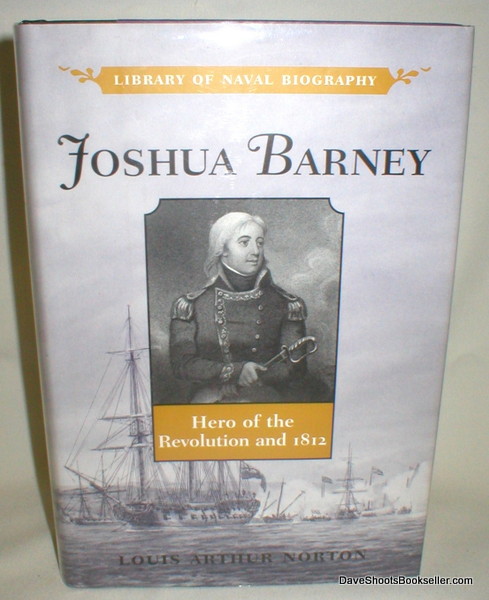 Joshua Barney; Hero of the Revolution and 1812

Purple paper boards backed in black cloth. Library of Naval Biography. No writing or damage. Protected by mylar wrap over DJ. Little-known, but played important parts in 1776 and 1812. 226 pp. with index and bibliography. View more info 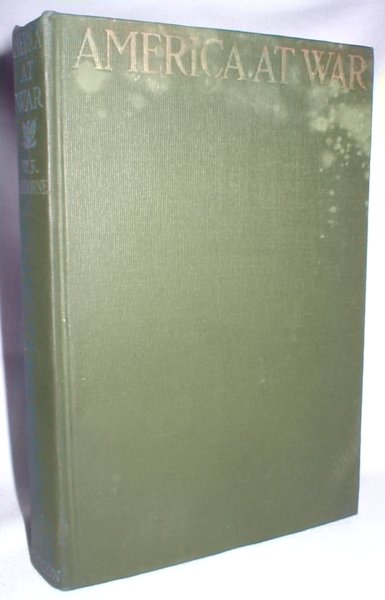 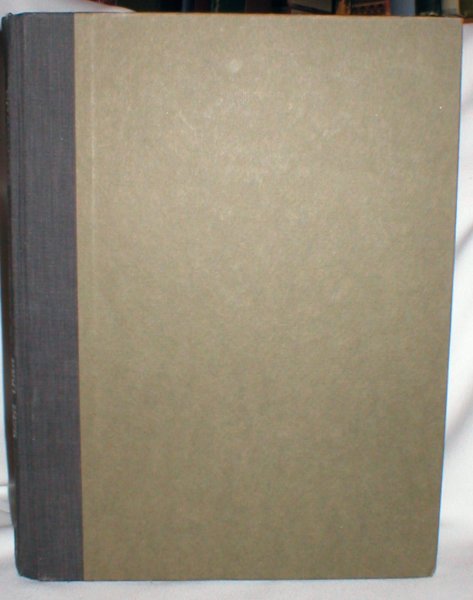 Original dark grey paper boards backed in brown cloth. Infantry weapons and combat aids in current use by the regular and reserve forces of all nations.323 pp. with index. View more info 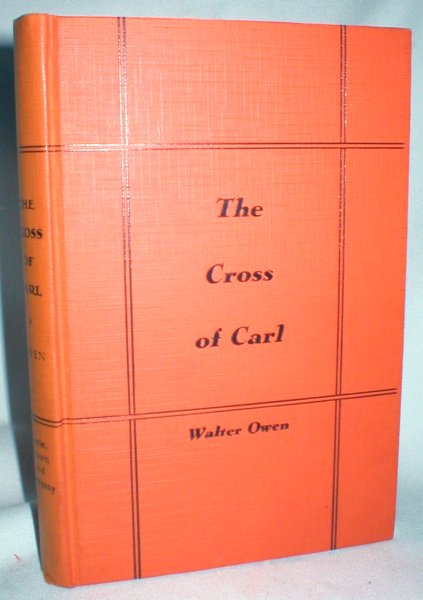 The Cross of Carl

Original orange cloth on boards. Internet reviews of this book describe it as one of the most gruesome and frightening stories imaginable. Based on World War I, it reminds me of the worst features of stories like 1984 and On the Beach. Gift note, with no other writing and no damage. 100 pp. View more info 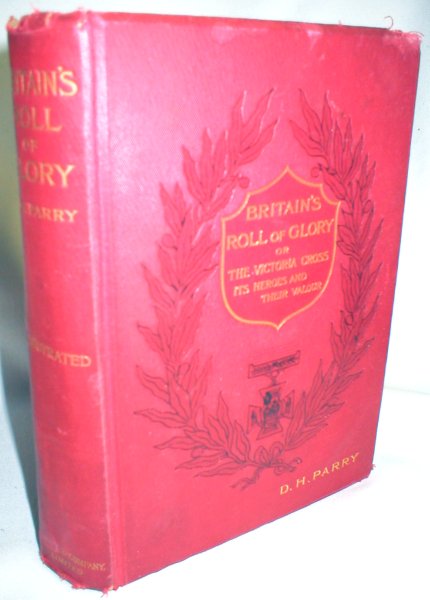 Britain's Role of Glory; Or, The Victoria Cross, Its Heroes and Their Valour

Bright red cloth lettered and decorated in gilt on boards. 412 Victoria Crosses were won between Crimean and Baltic campaigns of 1854 and Chitral in 1895. The author gives a fast-moving account of each successive battle. 368 pp. Corner tip wear. Hinges cracked and tender. Heavy book will need more than "default" postage. View more info 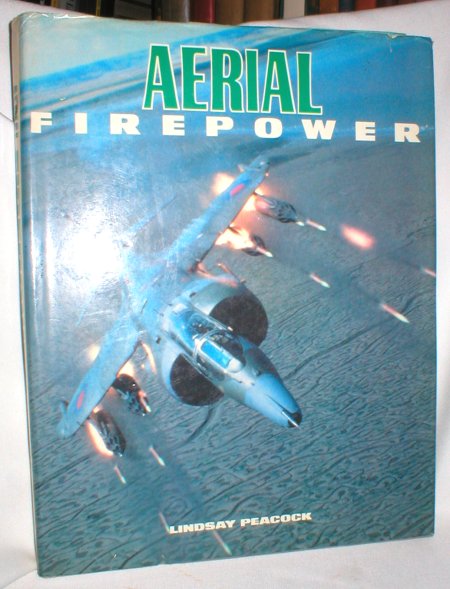 Original grey paper over boards, with pictorial DJ. Due to its weight, text block has pulled away from spine some time ago. The ensuing repair left the text block flush with covers at bottom edge. 158 pp. View more info 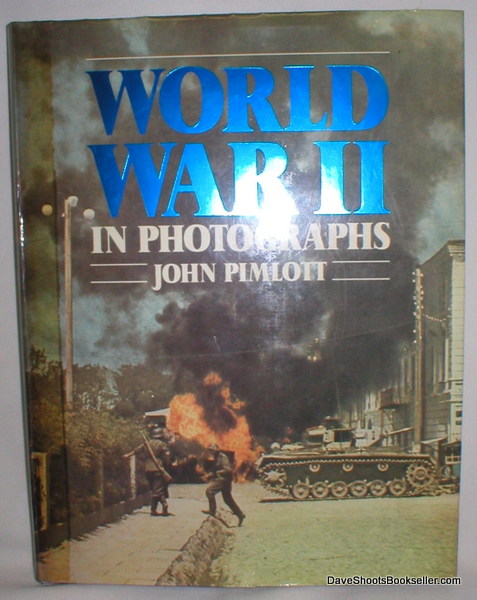